The rules for the X12 envelope structure ensure the integrity of the data and the efficiency of the information exchange. The X12 message structure has primary levels that are hierarchical. From highest to the lowest, this structure is the following: A schematic structure of X12 envelopes is shown in Figure 1 . Each of these levels is explained in more detail in the remainder of this section. 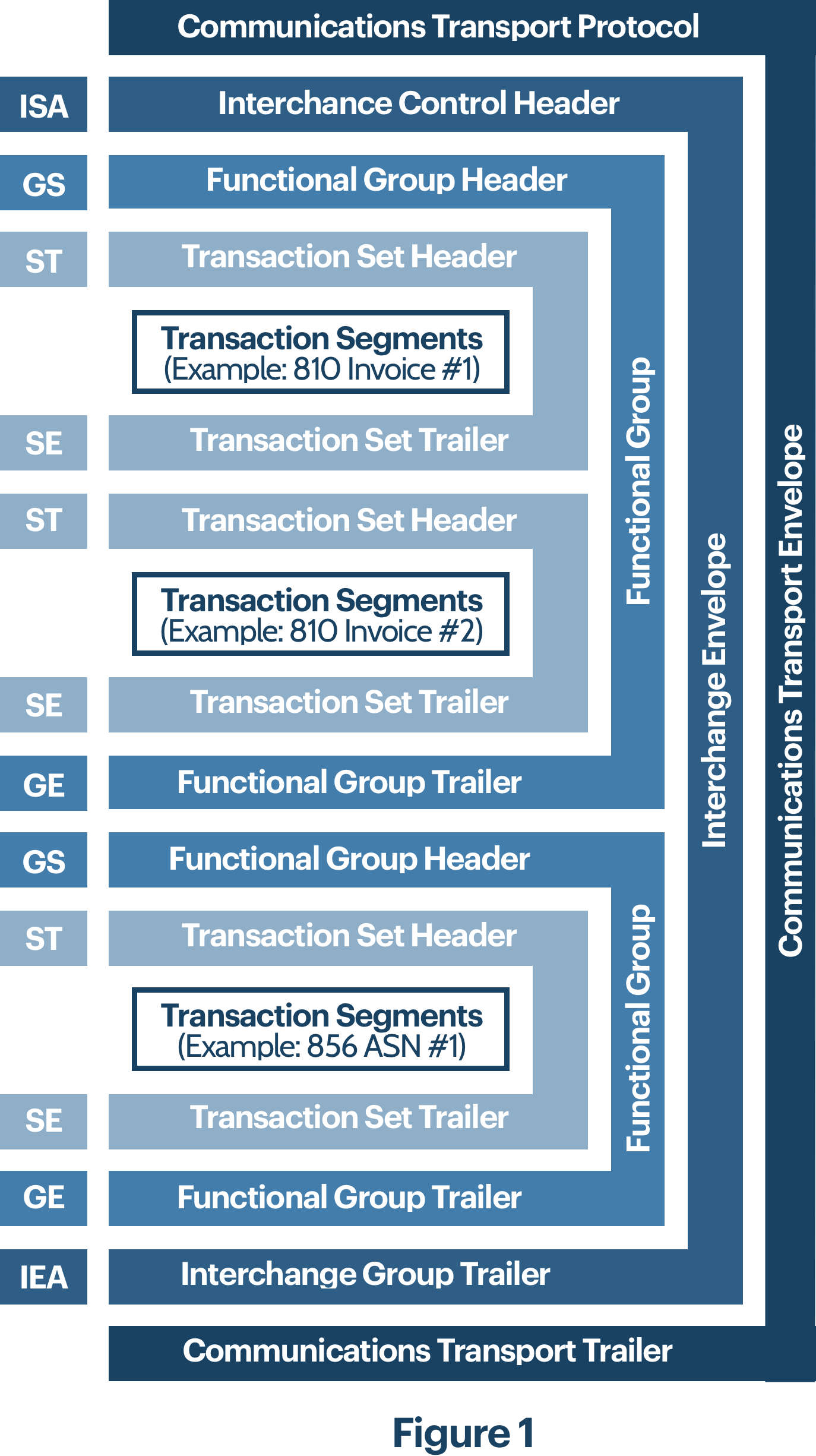 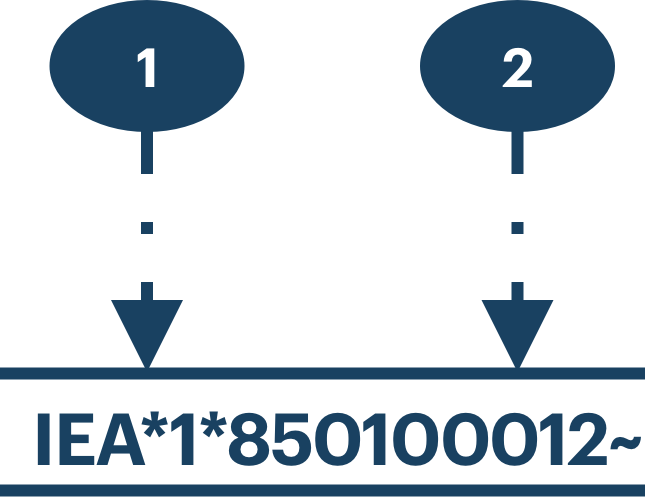 The following list describes the IEA segment elements shown in Figure 3 Please note that the values in the ISA.11 and IEA.02 must match. Well formed Interchange envelopes that meets standards require this. If these values do not match, there is a high possibility of the following:

See Figure 4 for a diagram and following explanation of a definition for each element for this segment. 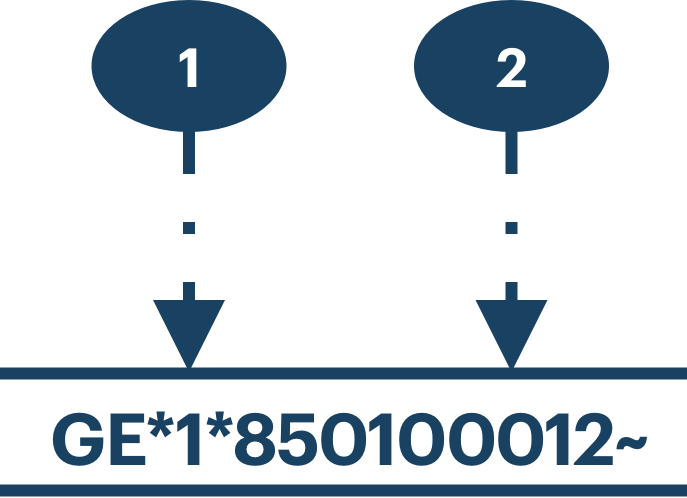 The following list describes the GE segments shown in Figure 5 Please note that the values in the GS.06 and GE.02 must match to pass proper EDI X12 validation

See Figure 6 for a diagram and following explanation of a definition for each element for this segment. 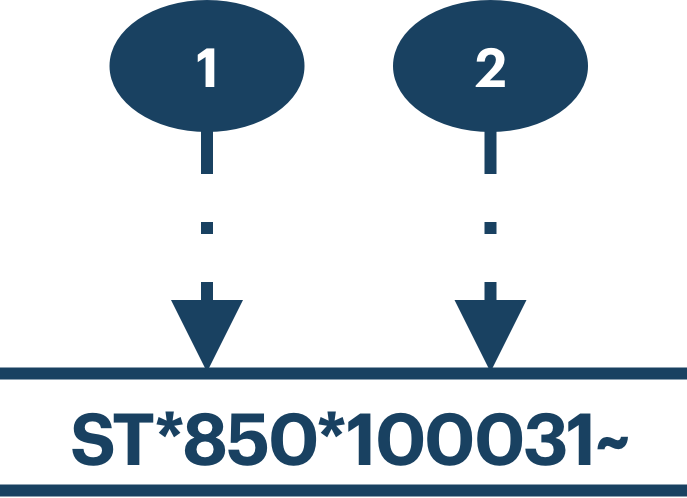 The following list describes the ST segments shown in Figure 6 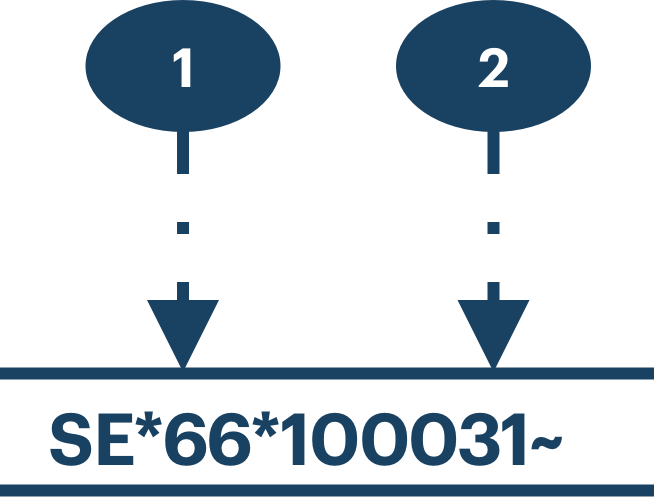 The following list describes the SE segments shown in Figure 7 Please note that the values in the ST.02 and SE.02 must match to pass proper EDI X12 validation

To put this all together, please refer to the following:

The X12 messages are all in ASCII text, with the single exception that the BIN segment is binary. Each X12 message is made up of a combination of the following elements: Elements are separated by delimiters. The remainder of this section explains these elements.

The data element is the smallest named unit of information in the X12 standard. Data elements can be broken down into types. The distinction between the types is strictly a matter of how they are used. The types are: Each data element has a unique reference number, and it also has a name, description, data type, and minimum and maximum length.

A segment is a logical grouping of data elements. In X12, the same segment can be used for different purposes. This means that a field’s meaning can change based on the segment. For example: Loops Loops are sets of repeating ordered segments. In X12 you can locate elements by specifying:

In an X12 message, the various delimiters are part of the syntax, dividing up the different elements of a message. The delimiters used in a message are defined in the interchange control header, the outermost layer enveloping the message. For this reason, there is flexibility in the delimiters that are used. No suggested delimiters are recommended as part of the X12 standards, but the industry-specific implementation guides do have recommended delimiters. TSegment terminator ~ (tilde) Data element separator * (asterisk) Subelement (component) separator : (colon) Repetition separator (version 4020 and later) + (plus sign) Within exchange, delimiters are specified at the enveloping level. The delimiters defined for an envelope apply to all transactions in the same business service (a predefined dialog between the two parties). Note – It is important to note that errors could result if the transmitted data includes any of the characters that have been defined as delimiters. Specifically, the existence of asterisks within transmitted application data is a known issue in X12 and can cause problems with translation.
Search

Hit enter to search or ESC to close